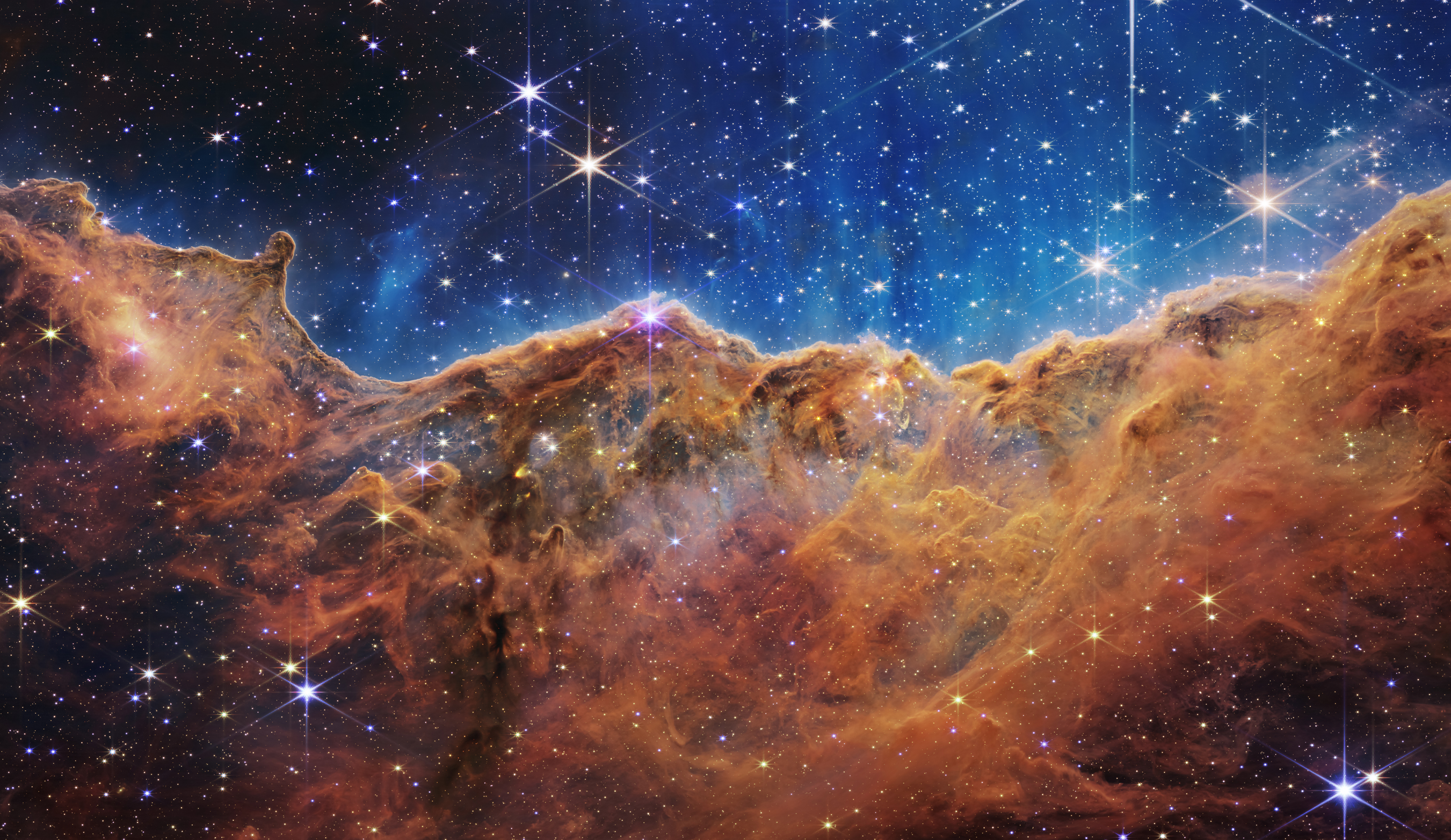 The dawn of a new era in astronomy has begun as the world gets its first look at the full capabilities of NASA’s James Webb Space Telescope, a partnership with ESA (European Space Agency) and CSA (Canadian Space Agency). The telescope’s first full-color images and spectroscopic data were released during a televised broadcast at 10:30 a.m. EDT (14:30 UTC) on Tuesday, July 12, 2022, from NASA’s Goddard Space Flight Center in Greenbelt, Maryland. These listed targets below represent the first wave of full-color scientific images and spectra the observatory has gathered, and the official beginning of Webb’s general science operations. They were selected by an international committee of representatives from NASA, ESA, CSA, and the Space Telescope Science Institute.

This landscape of “mountains” and “valleys” speckled with glittering stars is actually the edge of a nearby, young, star-forming region called NGC 3324 in the Carina Nebula. Captured in infrared light by NASA’s new James Webb Space Telescope, this image reveals for the first time previously invisible areas of star birth. - article from https://www.nasa.gov/webbfirstimages

I remember when the images were released, I was in awe. I was looking at them for so long and I was thinking how much I would love to make paintings inspired by these photos. I've always loved space images, this is something we both share with my Dad, we love looking at the night sky and beyond the stars. So I began painting. My most preferred technique is to work in negative. This is something I've worked with for a long time now and I'm enjoying it immensely. This way I can get true blacks, real dephts, bright colours and glowing stars. 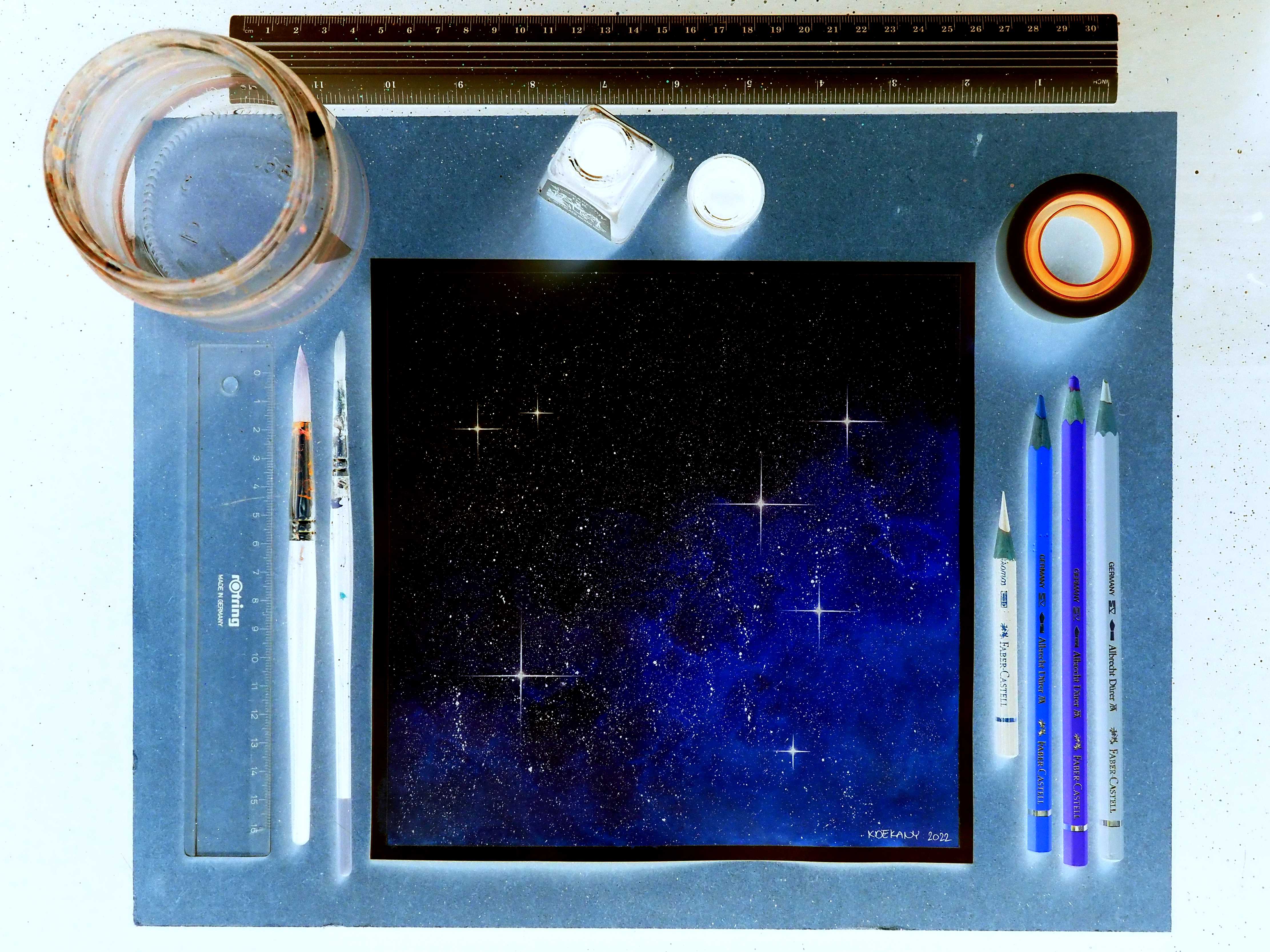 But why in negative and where did it come from?

In photography a negative is an image, usually on a strip or sheet of transparent plastic film, in which the lightest areas of the photographed subject appear darkest and the darkest areas appear lightest. This reversed order occurs because the extremely light-sensitive chemicals a camera film must use to capture an image quickly enough for ordinary picture-taking are darkened, rather than bleached, by exposure to light and subsequent photographic processing. In the case of color negatives, the colors are also reversed into their respective complementary colors.

My father is a professional photographer so I've grown up surrounded by these negative films everywhere, back then there's was no digital photography yet.

My first ever negative drawing was a deep sea comb jelly in 2015. I've been using this technique ever since. 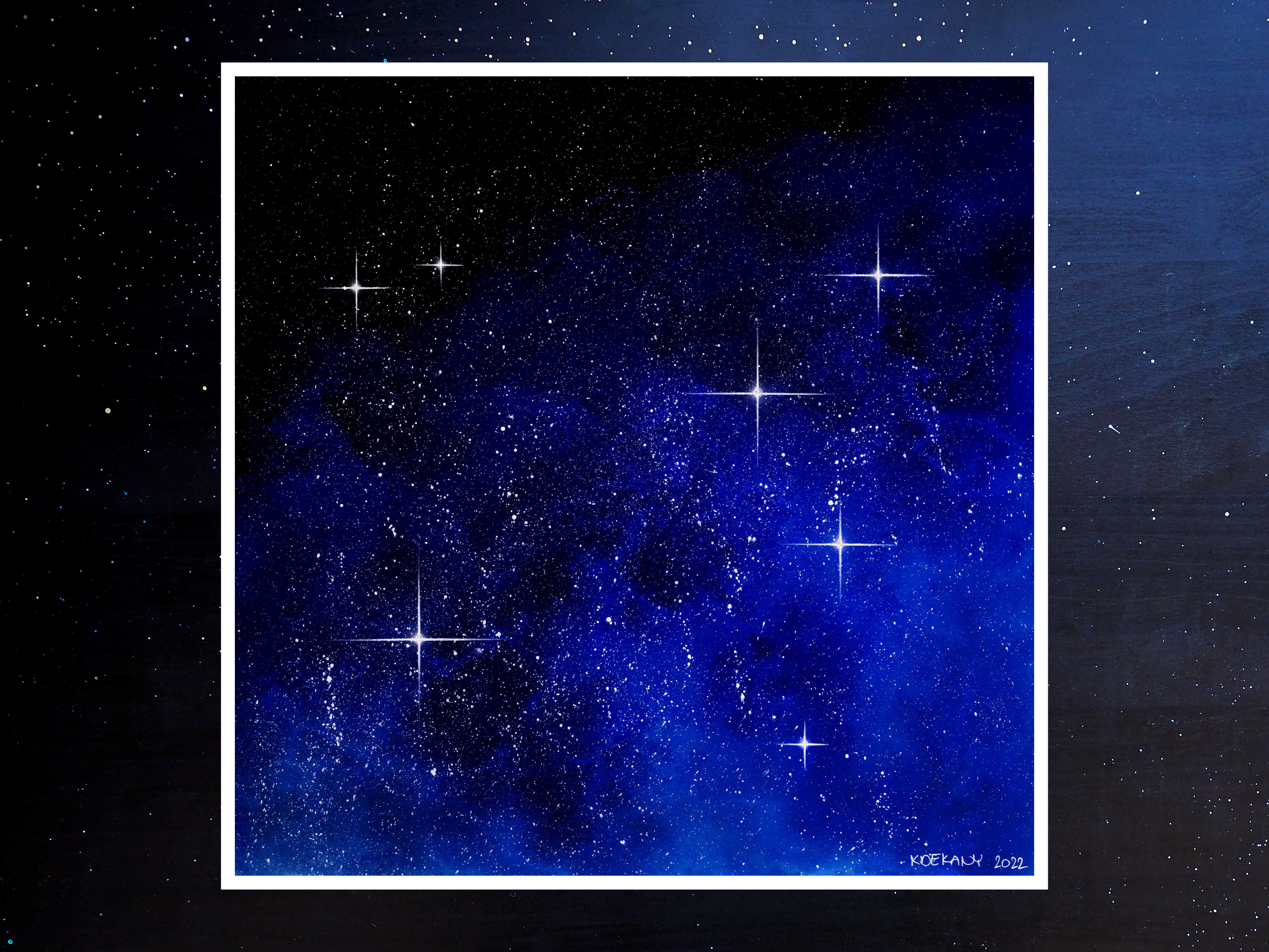 I wanted to do a fregment of the Carina Nebula to see if it's even going to work and it has! The very first NASA inspired painting was born. There was no stop after that. 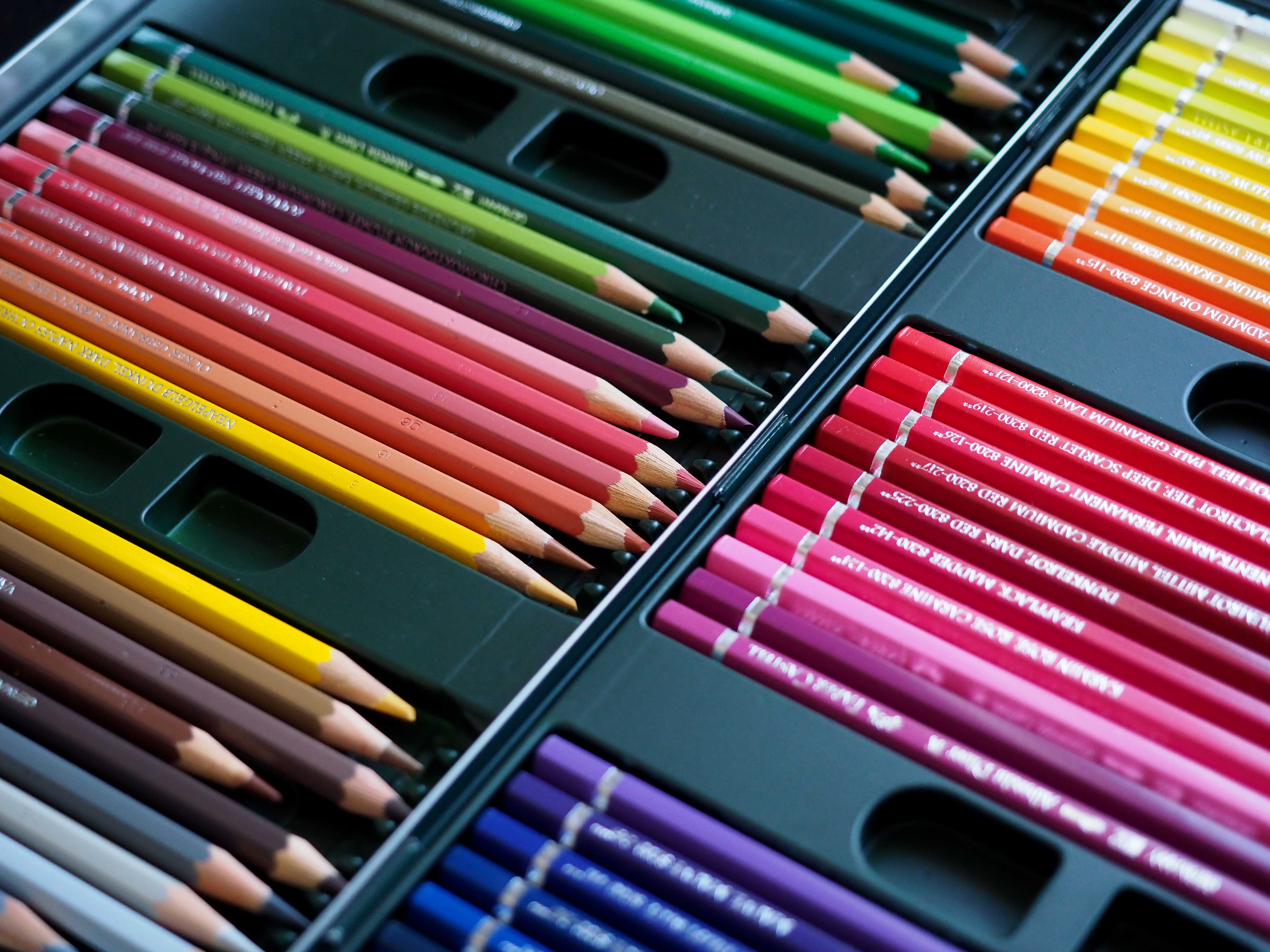 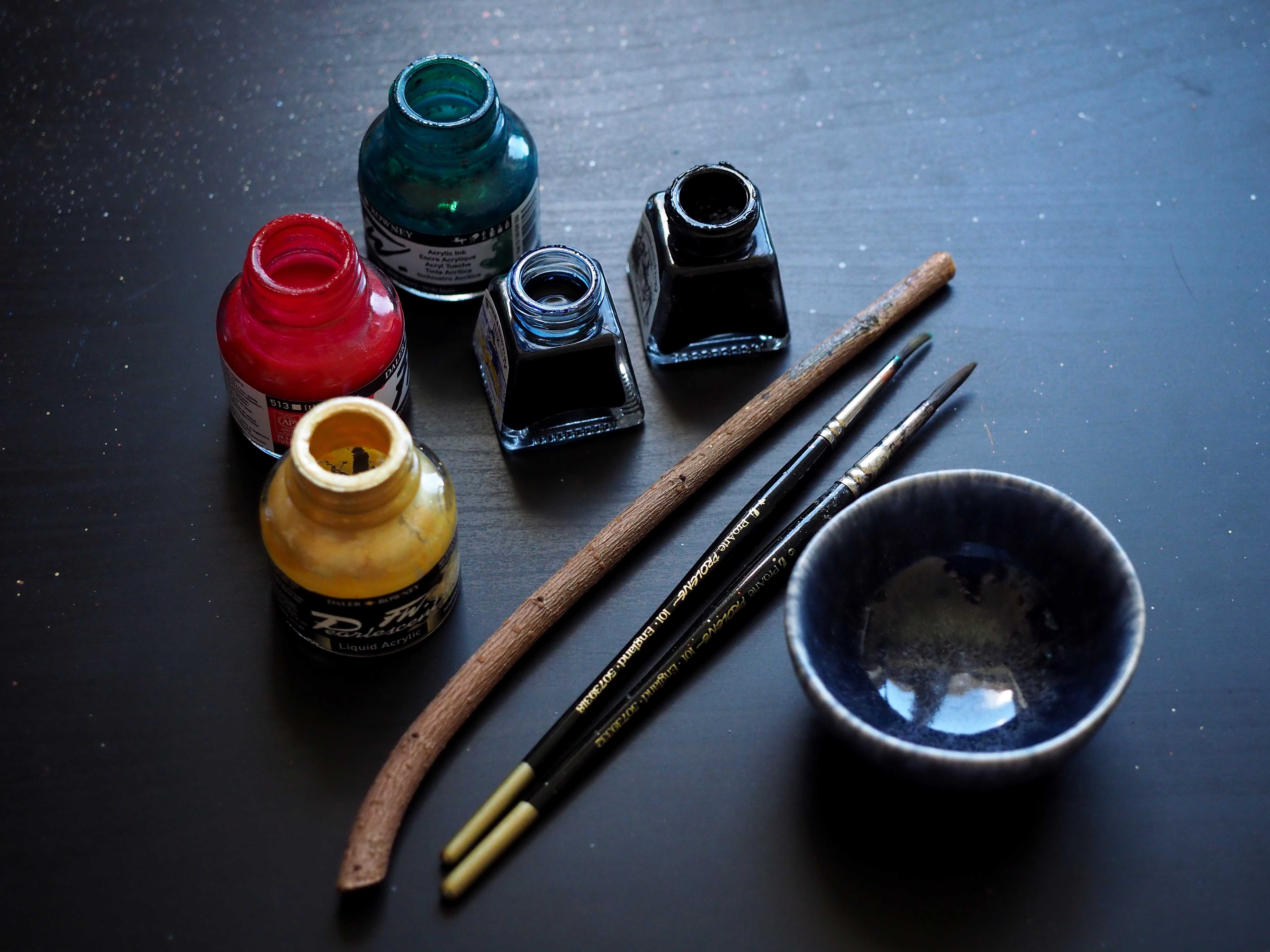 A variety of gel pens and Faber Castell Polychromos pencils to draw some individual stars. This little ceramic tray was a gift from a friend and I can actually see the complementary colours just opposite each other, it's a very handy little guide. It's actually ‘Prismatic’, a shaded colour wheel by artist and engraver Moses Harris. 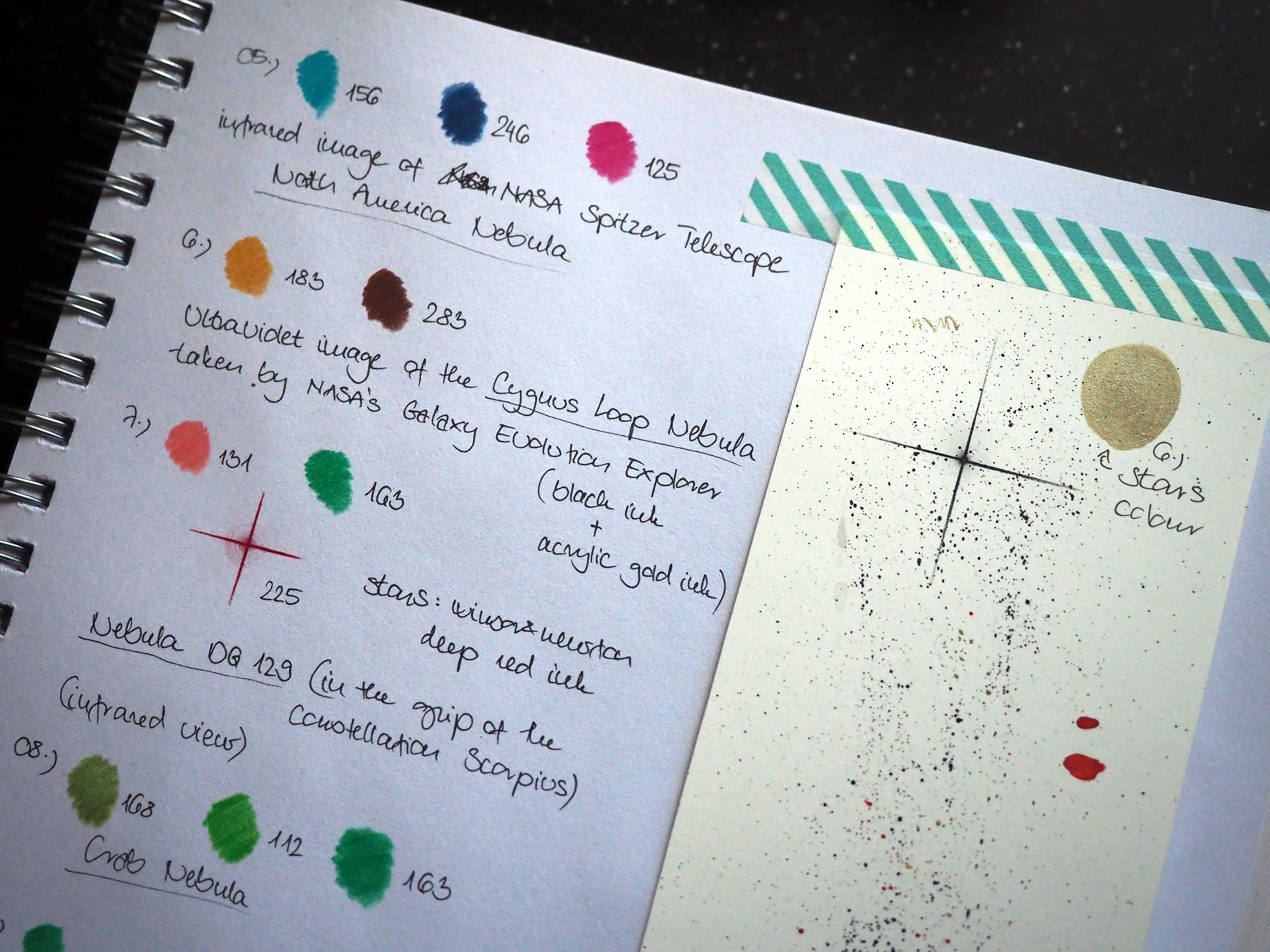 A page of my sketchbook shows a bit of practicing and the recorded colours. On my Sketchbook Blog you can see that I very much like to record the colours I've been working with so I can revisit them. 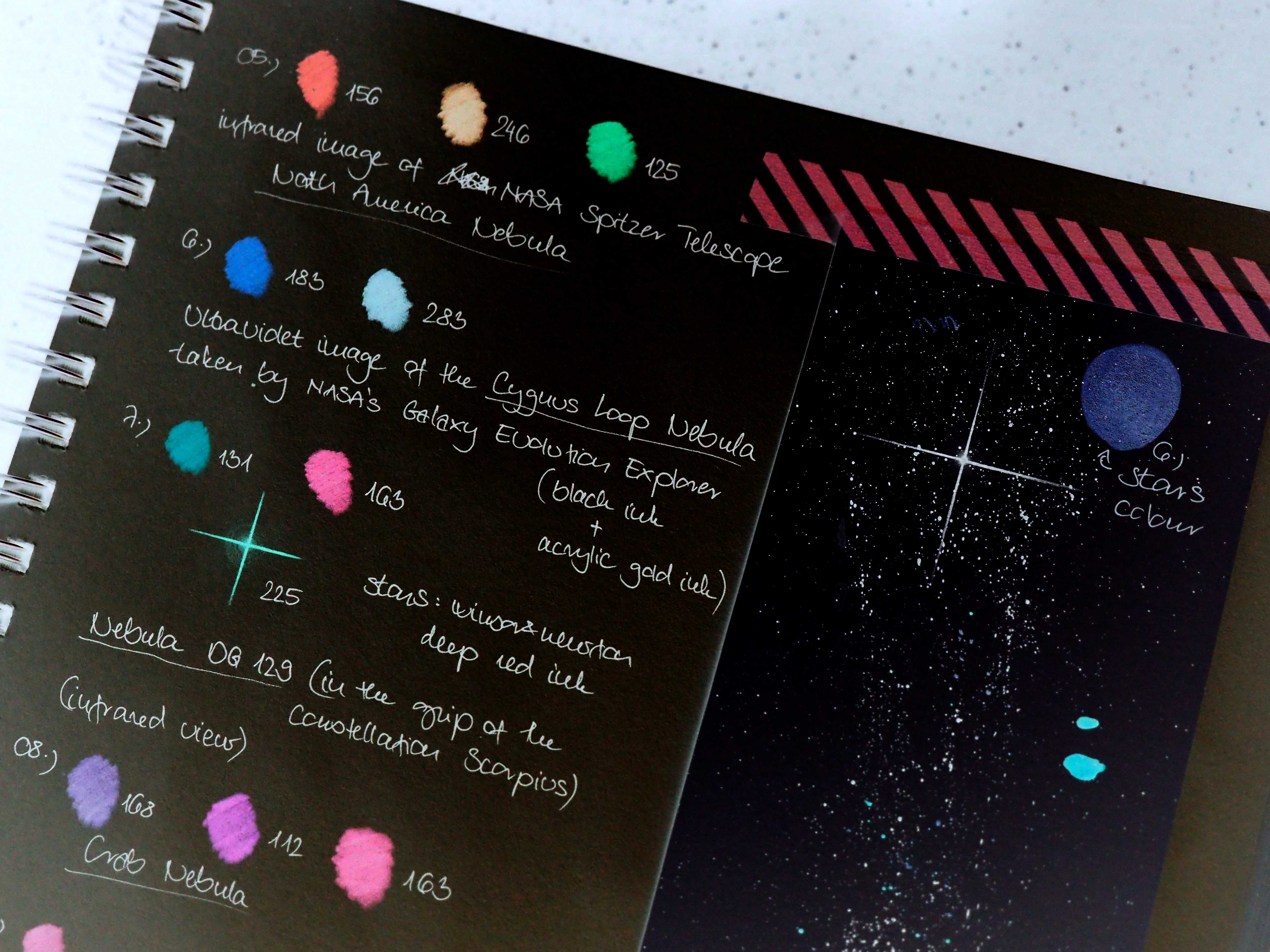 This is the negative image of the same page where you can see the end products, the final colours. 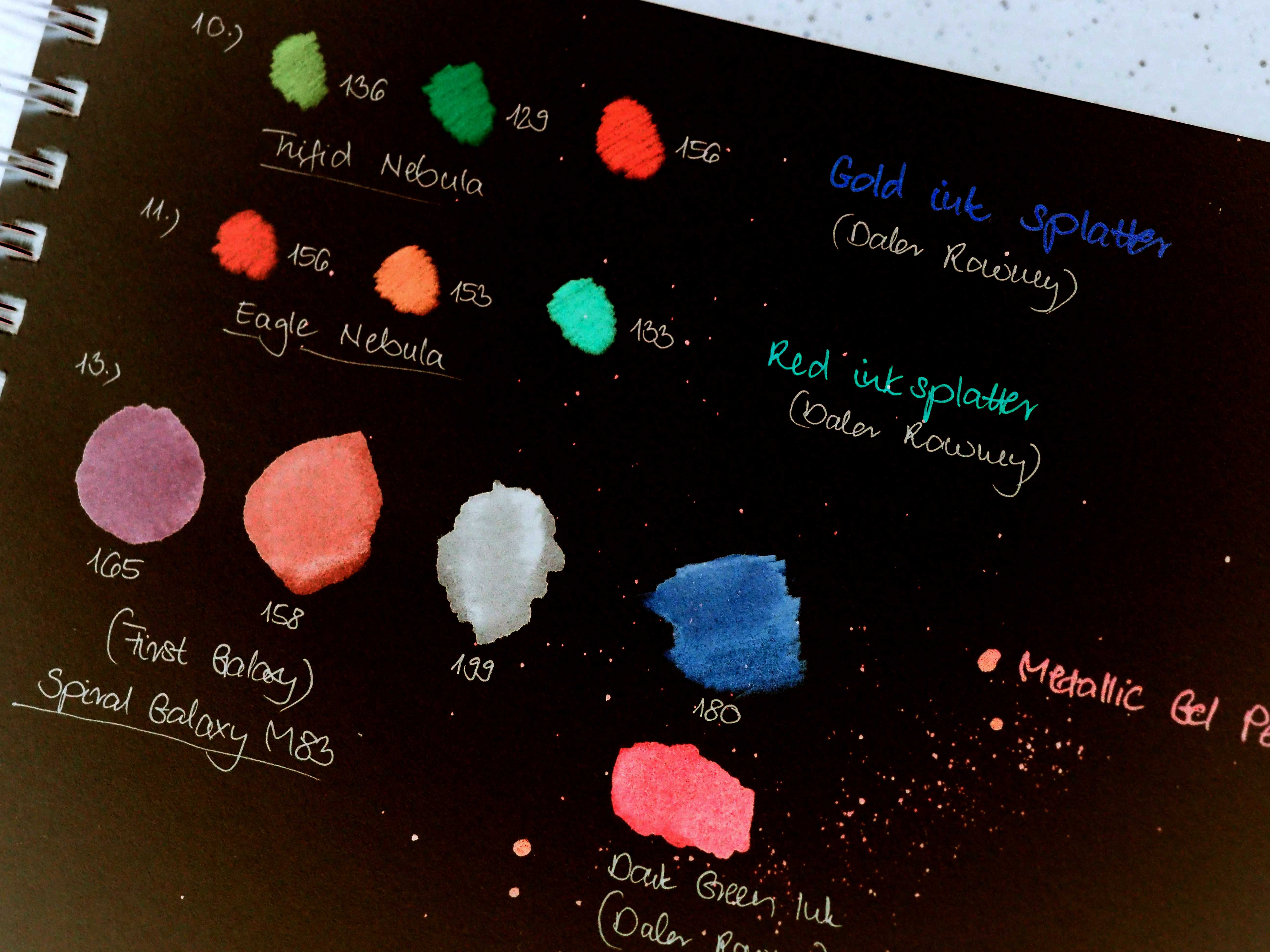 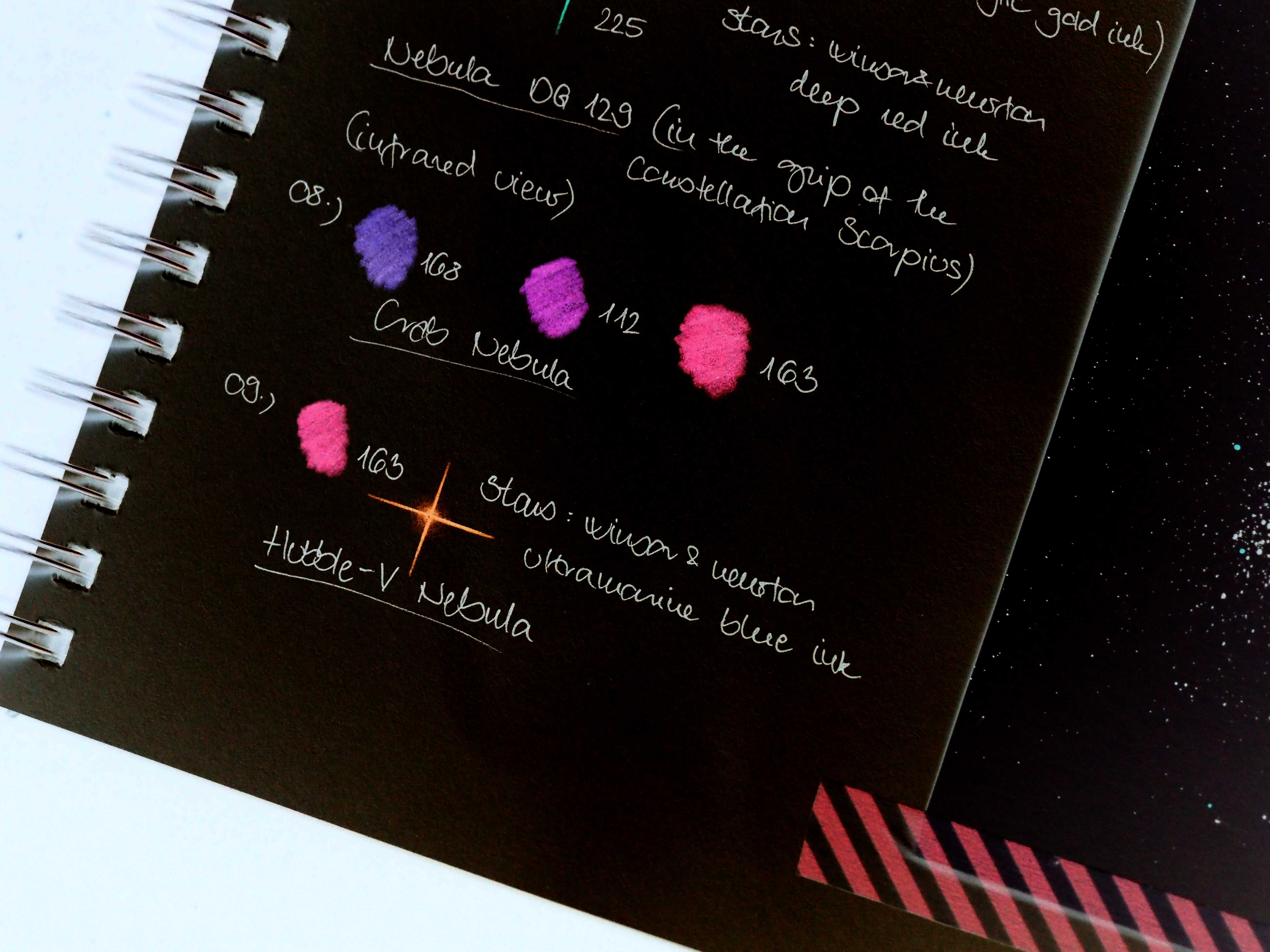 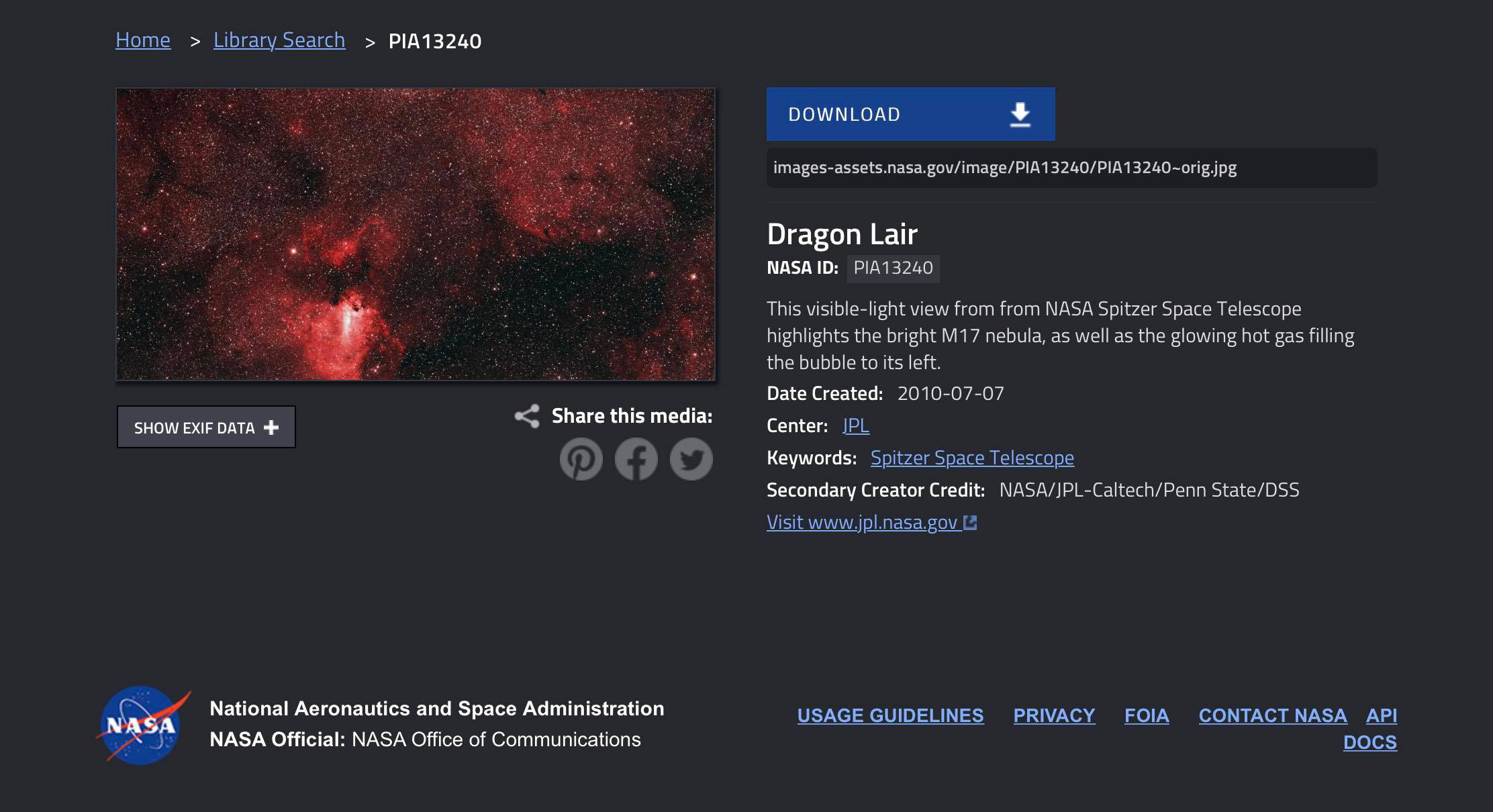 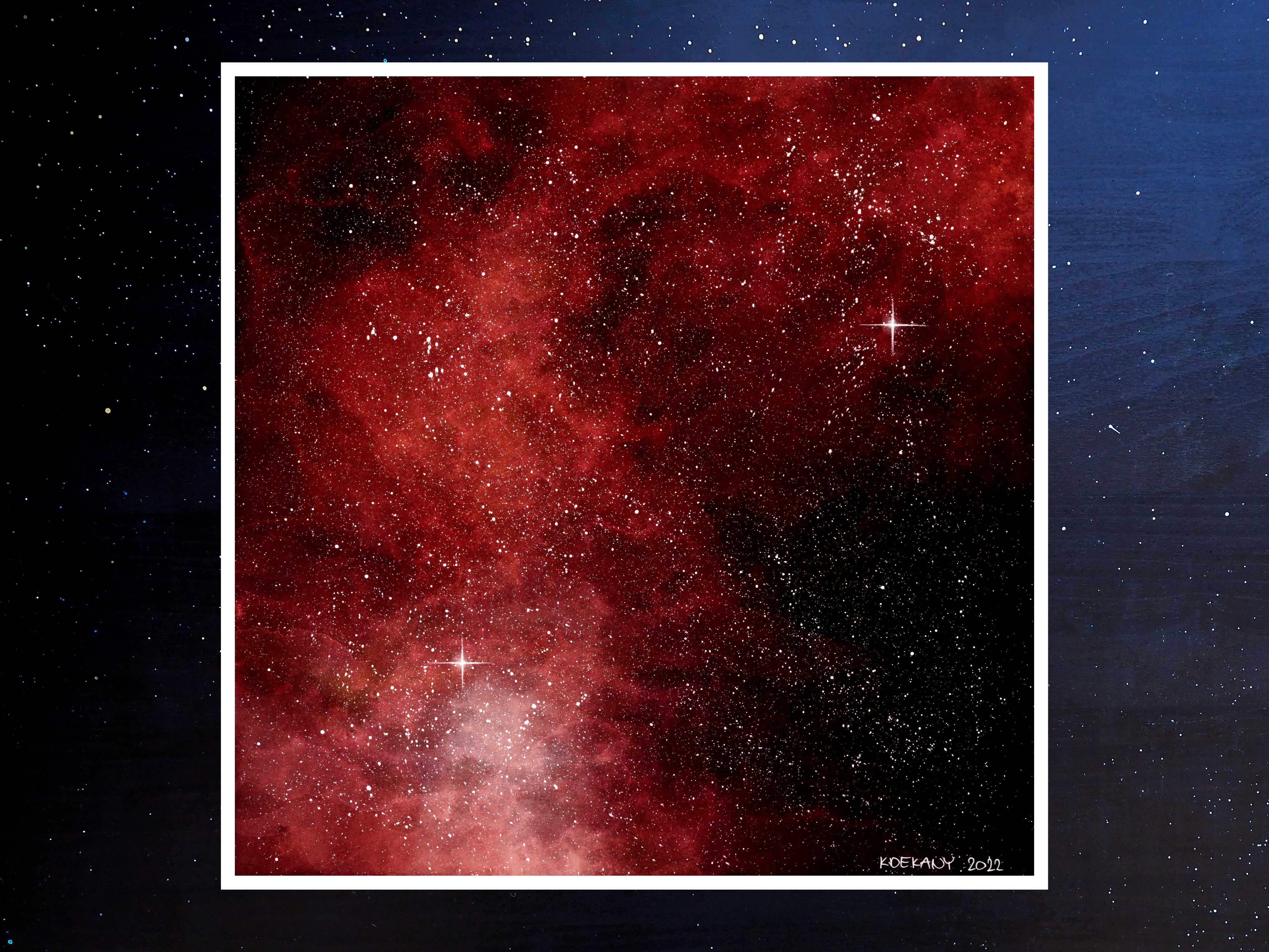 My finished painting inspired by the Dragon Lair M17 Nebula. 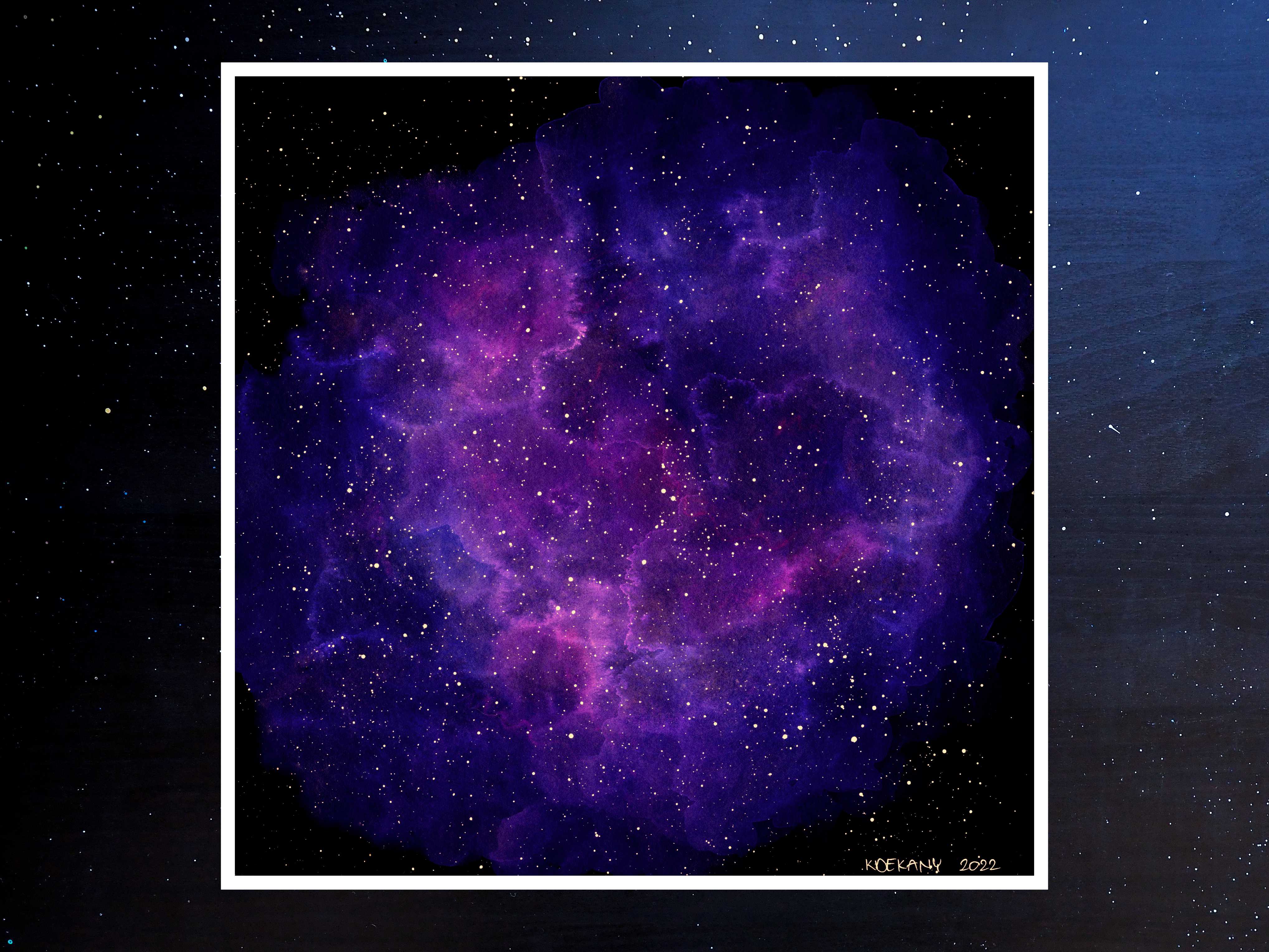 My finished painting inspired by the Crab Nebula. 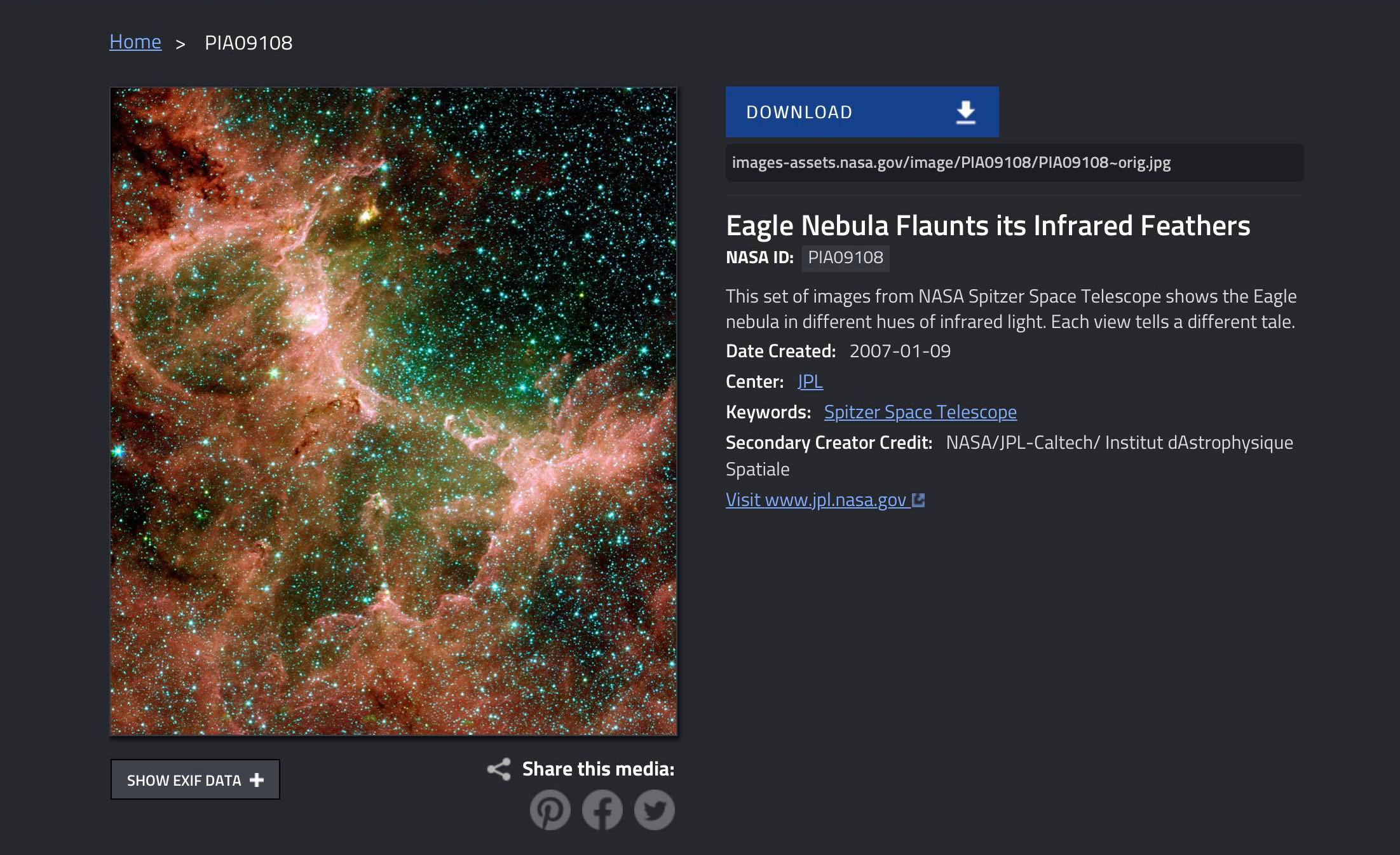 My finished painting of the Eagle Nebula.

Thanks for taking a space walk with me! Hope you enjoyed this blog!