How did these beautiful purple flowers turn into these shiny silver medallions? Read the story of the Lunaria annua below, as I followed the journey of the most magical transformation of any flower. 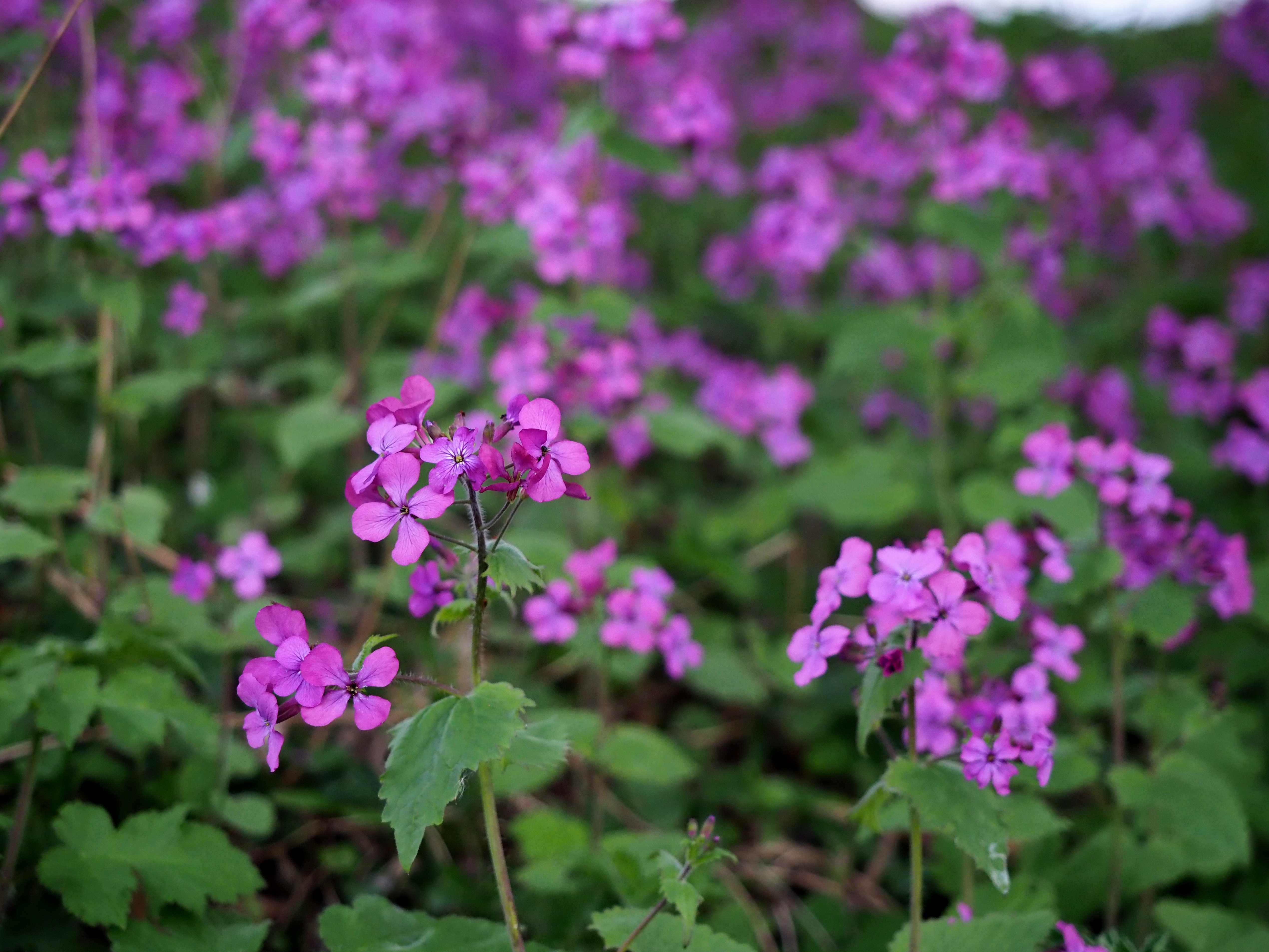 I was walking home one day, on the 17th April to be exact, when I noticed quite a big patch of purple in the distance. They were under a big tree on the meadow by our house. I went home, grabbed my camera and went up there straight away. 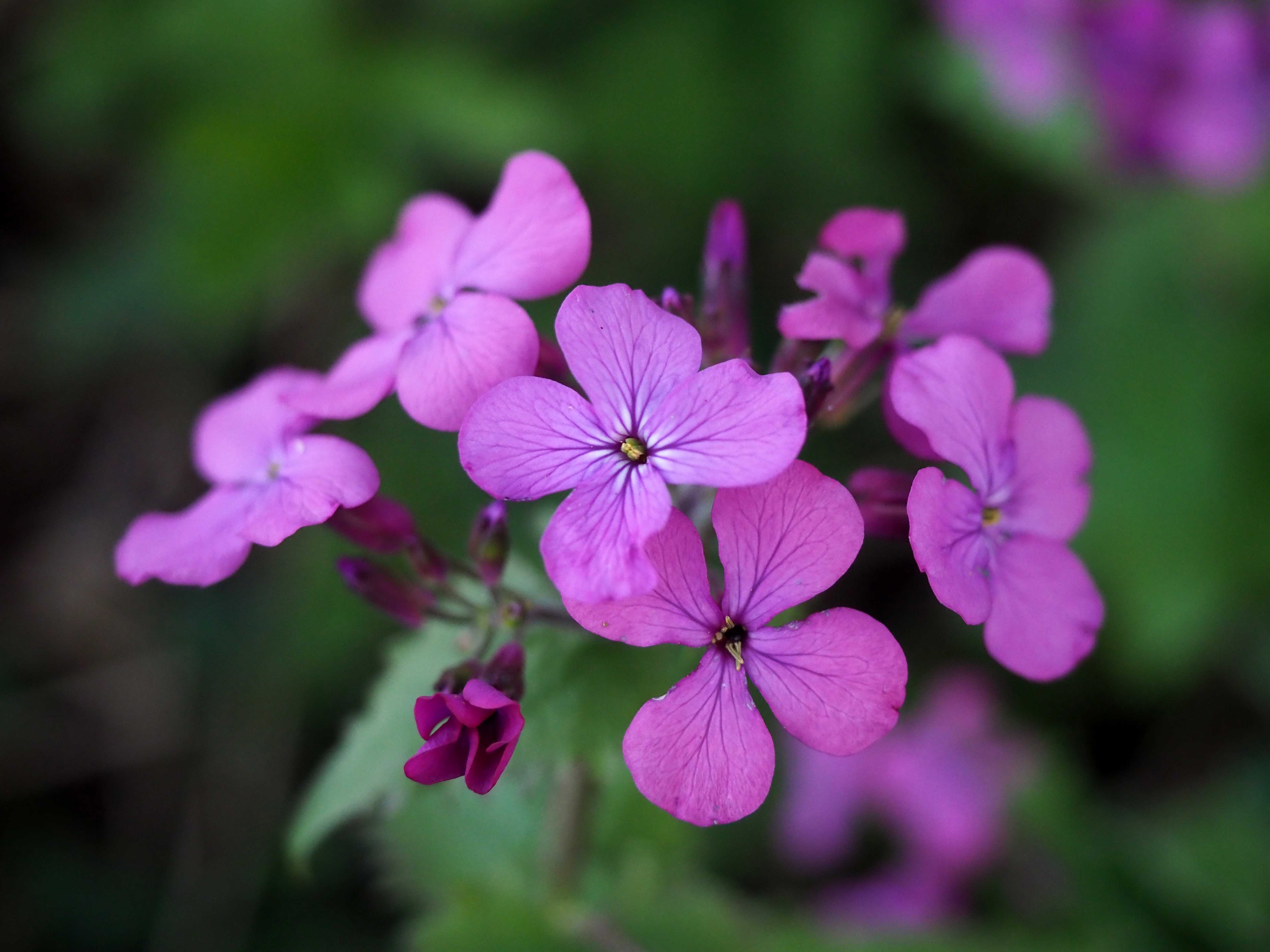 I took some photos, that's how I now the exact day I first saw them, then identified them as Lunaria annua, Honesty flowers. In Hungarian we call them Moon Violets and with good a reason. Violet is for purple, Moon is for the shiny silver pods they transform into, making them one of the most magical flowers ever. 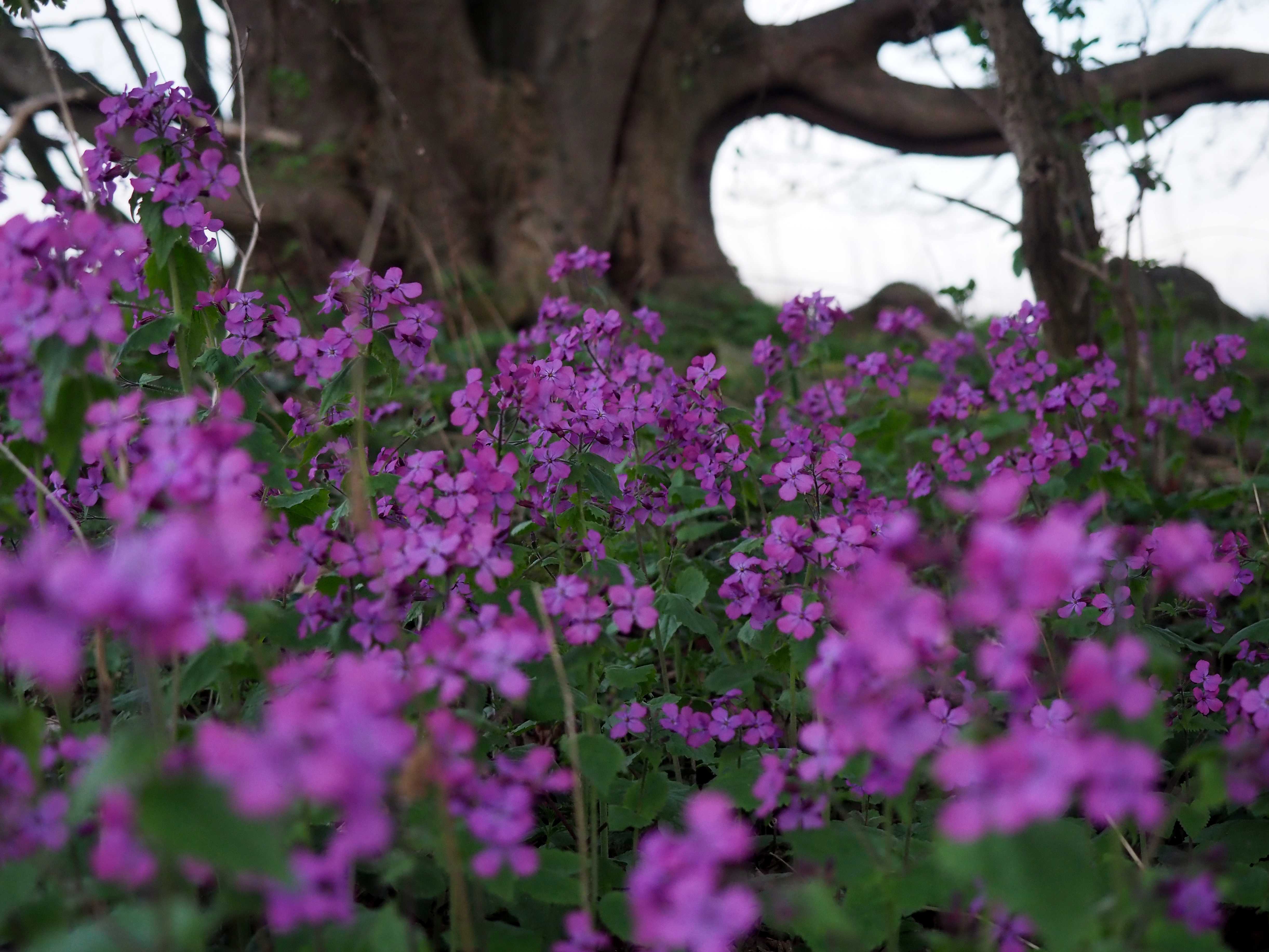 As soon as I entered the realm of the Lunaria annua I felt like I wondered into fairyland. Purple flowers everywhere I looked. I had no idea about the magic that's about to happen, until I identified them and learned more from my friend. I went back to visit the flowers again a month later on the 17th May. They still had a few flowers left but the seedpods have grown greatly. Along with the vegetation around them, I had a hard time accessing the flowers now. Life started to grow abundantly on the meadow so I could only observe them from a distance. 13th July. Finally I found a way to get closer to them and take more photos. The flowers were now completely gone and the seedpods reached their full sizes. Now the waiting begins. 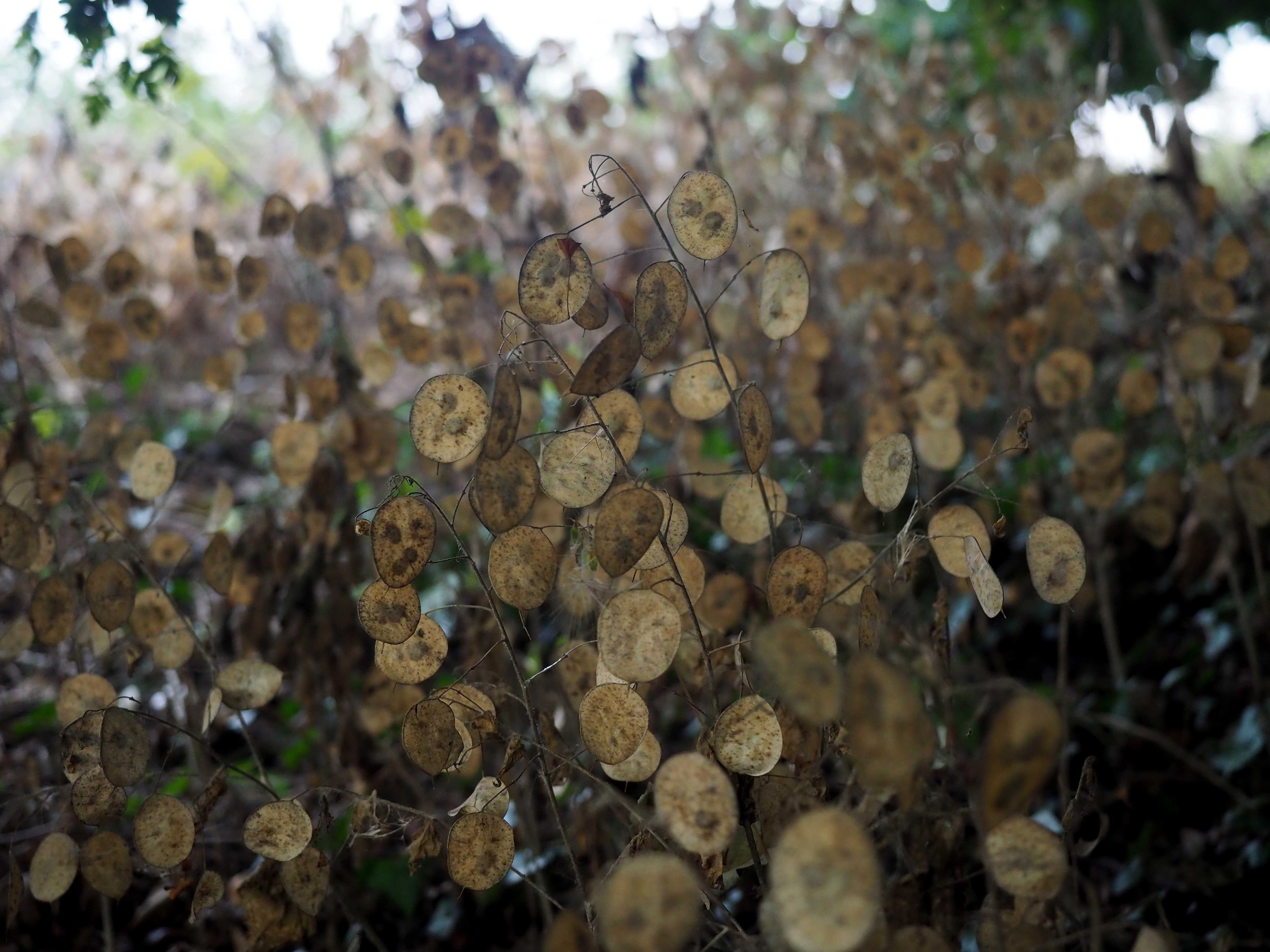 29th August. We just came back from the Orkney isles, I was in need of a walk on the meadow so I thought I will check on the Honesty flowers see how they're doing. Caught me by surprise, they were all dried out and ready to go down.
You can easily see the seeds inside them. 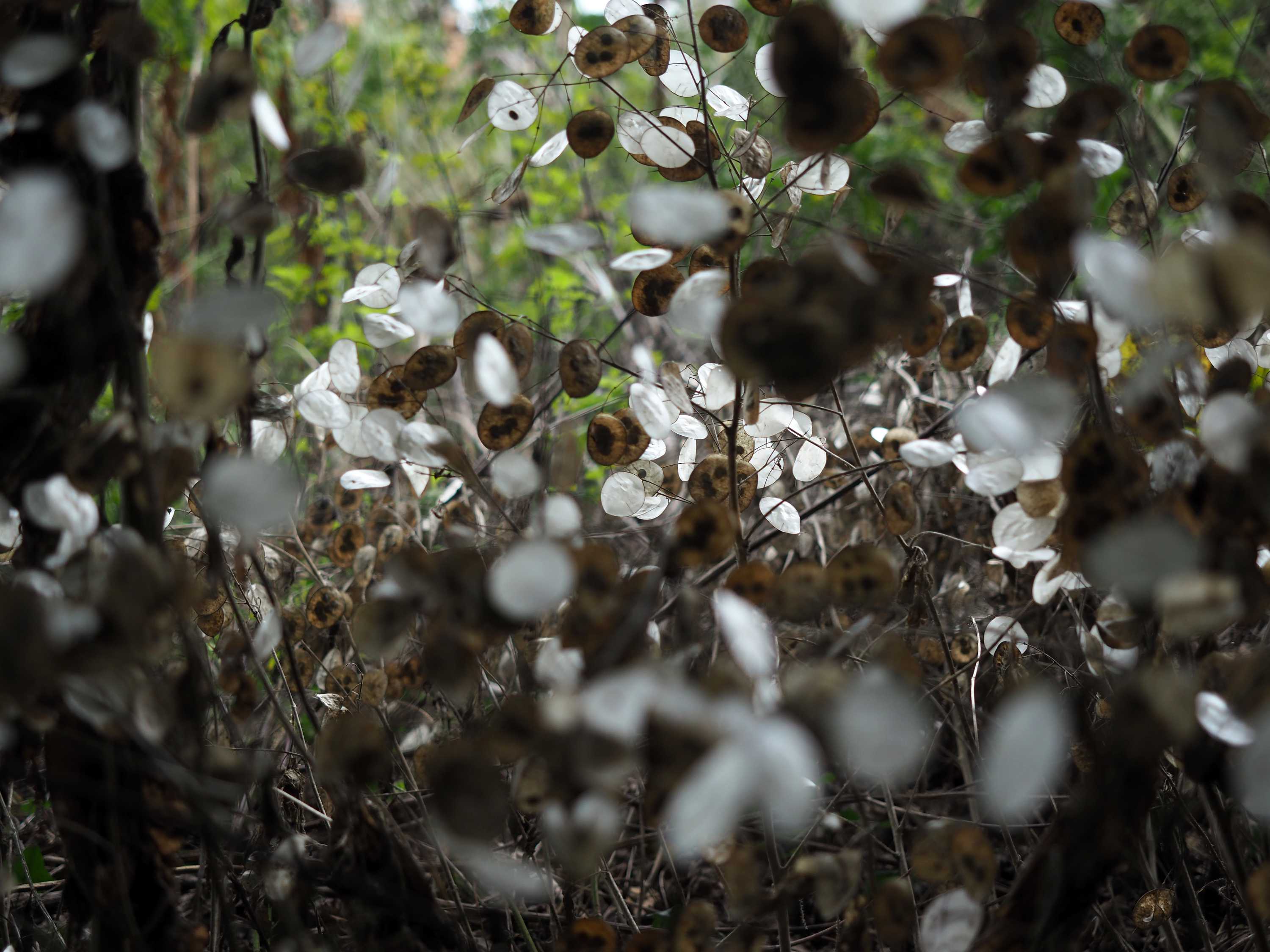 11th September. The entire field is now covered in those tiny silver moons, it's quite a site. I could never imagine such a magical transformation, so close to home as well. 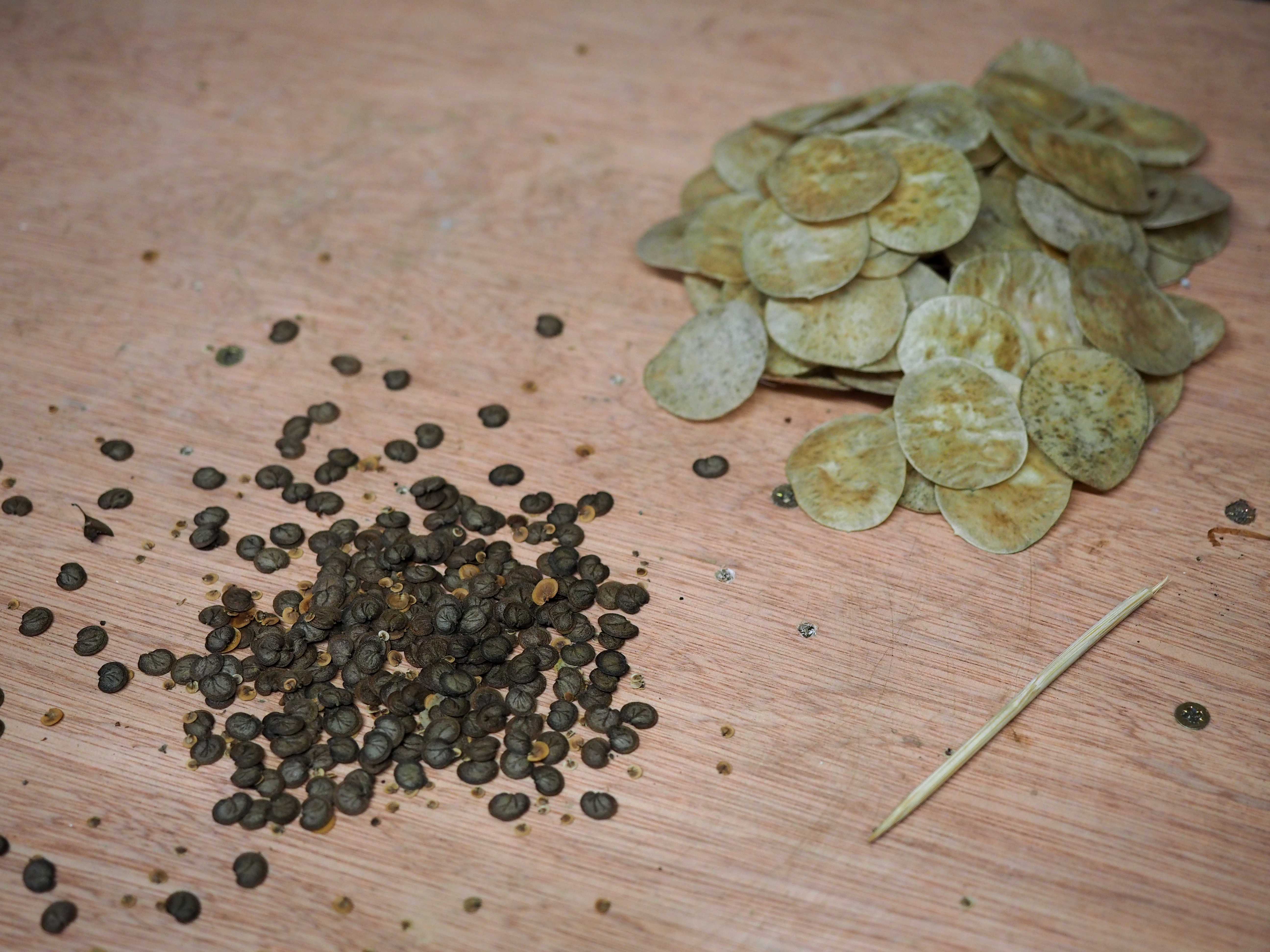 I took some home and removed the valve to save every single seed. I gathered all the seeds and took them back where I found them to make sure that there's no loss of reproduction. They are ready to be displayed, kept and be loved forever. 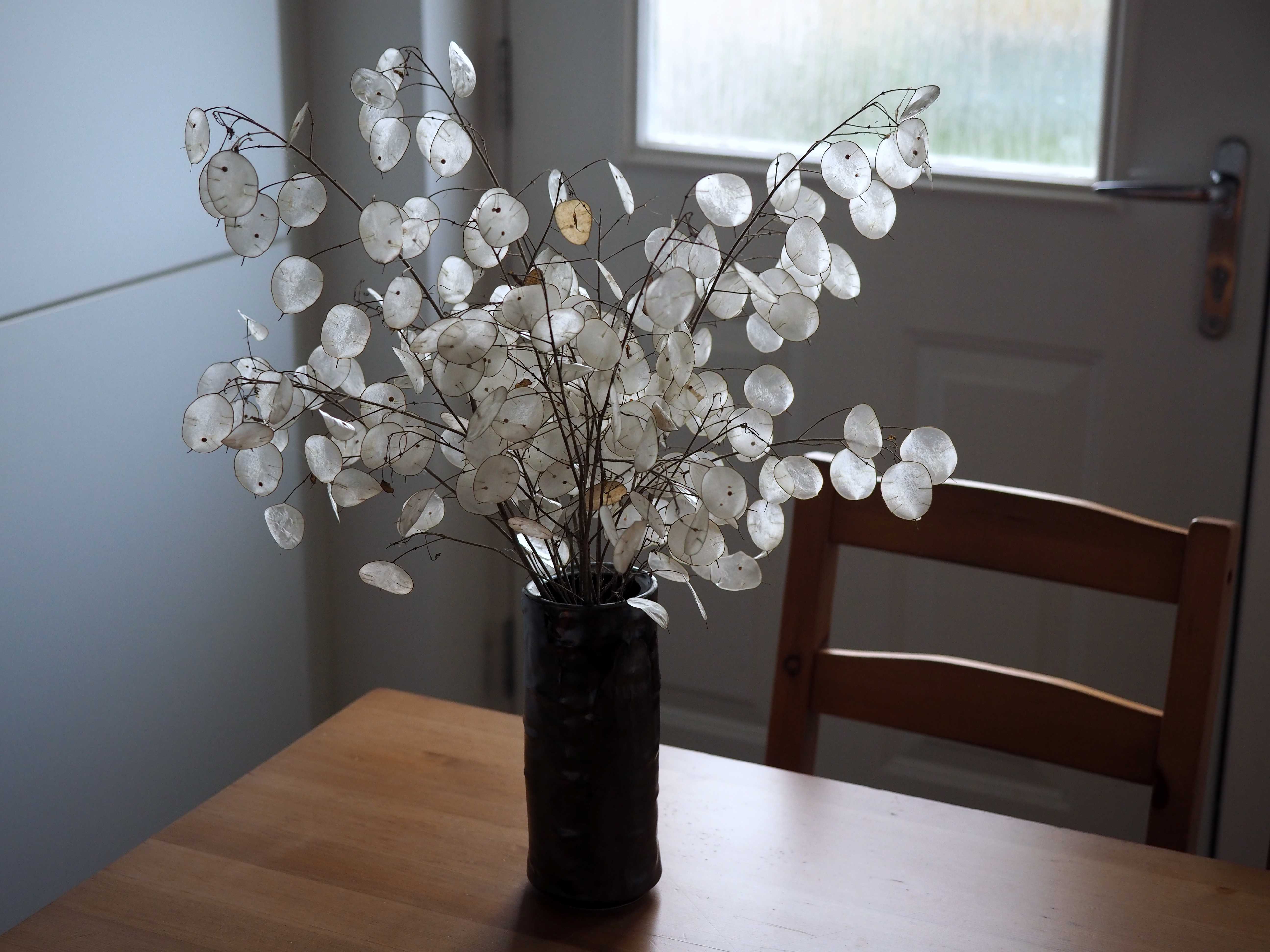 In the language of flowers, the plant represents honesty, money and sincerity. 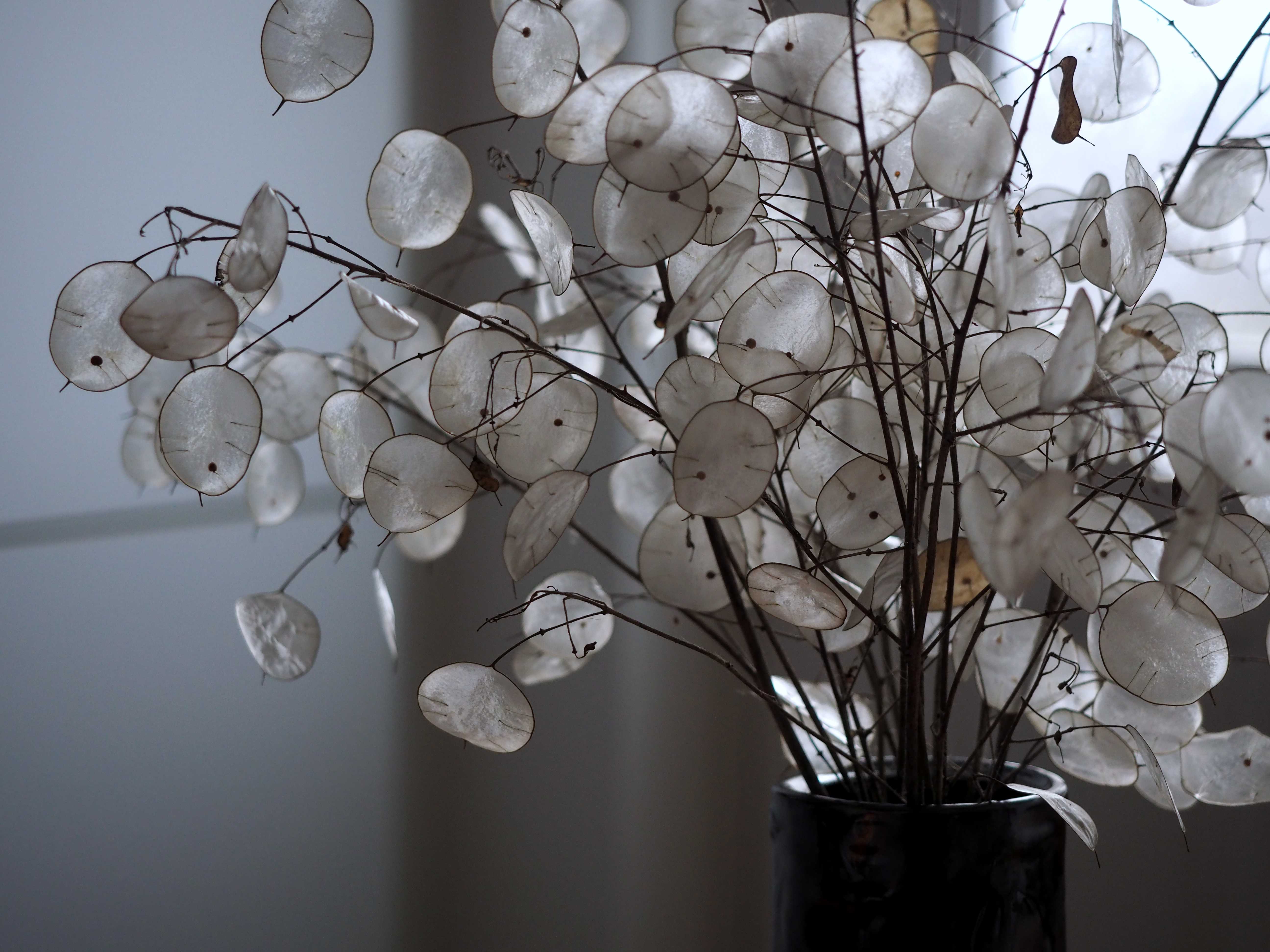 In witchcraft the honesty plant is considered protective, being thought to keep monsters away. They are also used in spells for prosperity, the flat pods resembling coins, symbolising wealth. 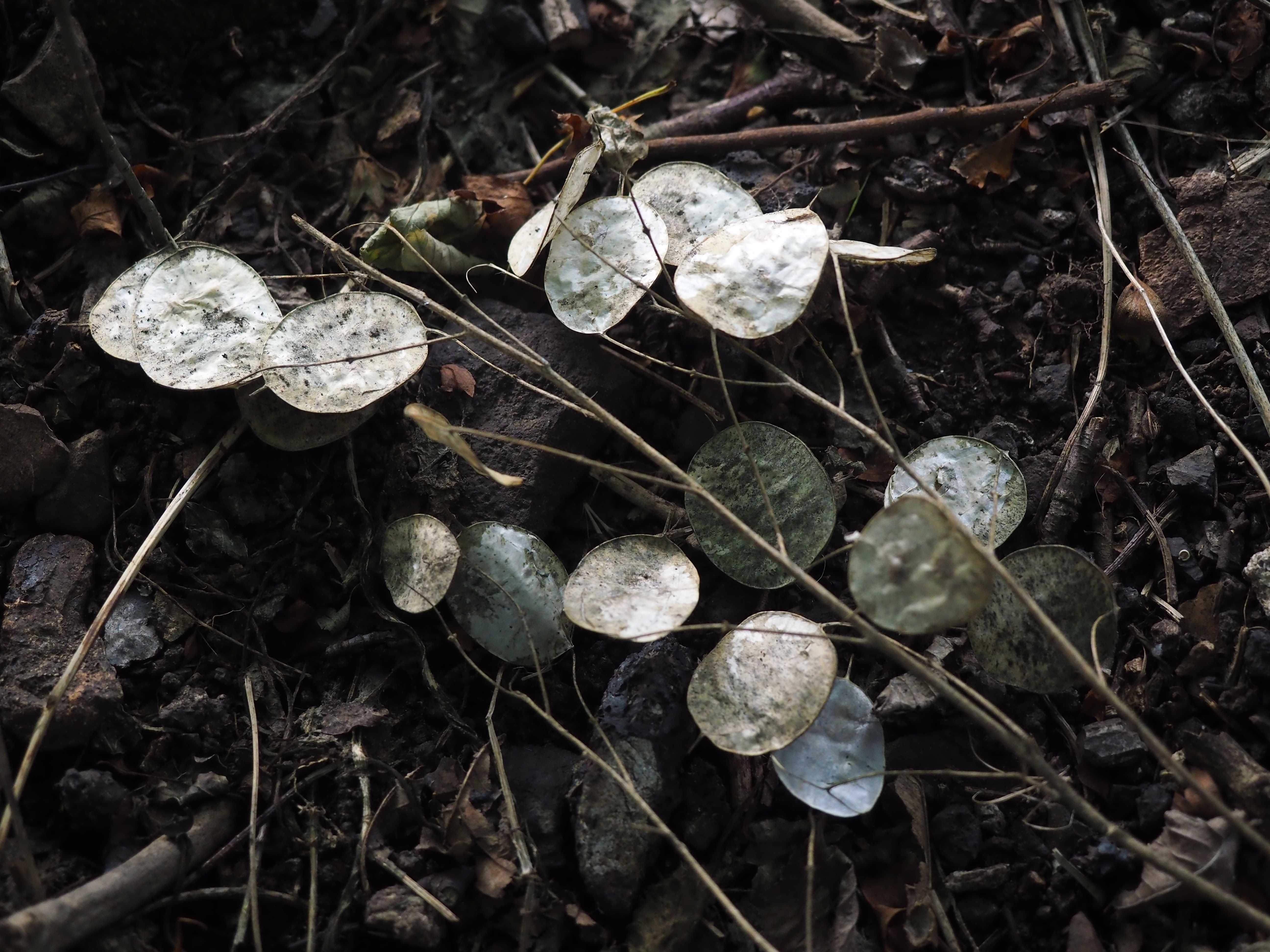 The ones on the meadow will fall, their seeds will sink back into soil and the life cycle of the Lunaria annua will begin again next spring.

I first saw the silver moon displays of the Honesty flower on my friend Lilla's desk and wanted them ever since. Coincidence that I found them the next year right in front of my house? I don't think so! It was definitely magic, fairy magic.